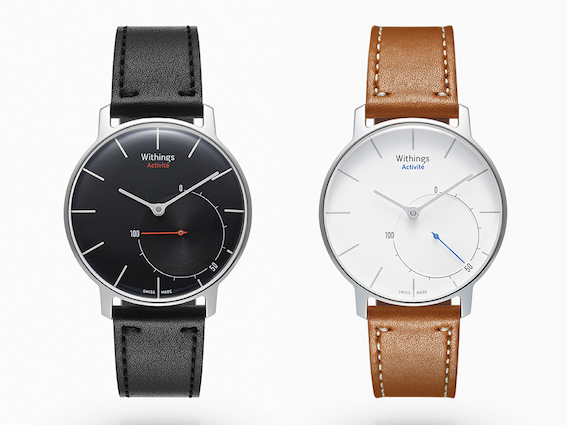 If there is one thing holding back wearables from becoming mainstream products, it the design of many of the devices. Most smartwatches to date stand out like a sore thumb when worn, such as the futuristic looking Nike+ FuelBand or Galaxy Gear. Withings is looking to change that perception, with a new health and fitness tracker that is subtly disguised as an analog watch. Check it out…

The handsome looking smartwatch above is called the Activité, but it might not be exactly what you think. The device actually records the wearer’s steps taken and hour slept, instead of displaying the time. The data is kept in sync with the Withings Health Mate app, free on the App Store for iPhone and iPad. There is even a smaller secondary dial that tracks your progress, with specific goals that can be customized through the app.

“Our mission is to have an impact on health,” Julien De Preaumont, CMO at Withings, tells WIRED. “That requires devices that we’ll use in the long term.” The Activité is so pared down, the design borders on obvious: “Let’s use the design of a classic watch that we know people like,” De Preaumont says.

Activité could go a long way towards increasing the adoption of smartwatches and wearable devices in general, primarily because it looks like something that an average person would wear on a daily basis. When you look at products like the Google Glass, and the aforementioned Nike+ FuelBand and Galaxy Gear, it remains a tough sell because of the physical appearance of those products. 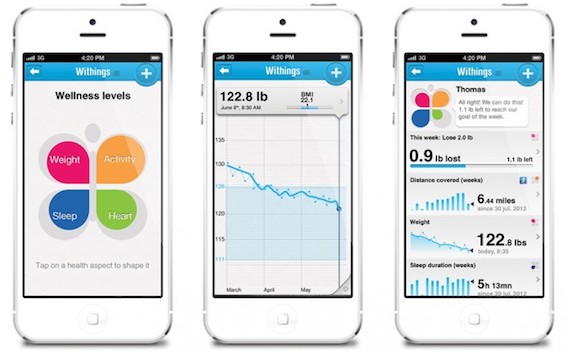 Wired sums up that mindset best:

“We have yet to see the iPhone of wearables, and it’s possible we never will. Convincing people to wear a new piece of technology—all day—is a big ask. As every fashion magazine and clothing retailer knows, when a consumer buys and wears something on their body, they’re laying bare a small slice of their identity. And because we all have highly nuanced ideas about who we are, the fashion industry has to cater to an infinite number of wants.”

Activité will be available for $390 this fall in black or silver models.