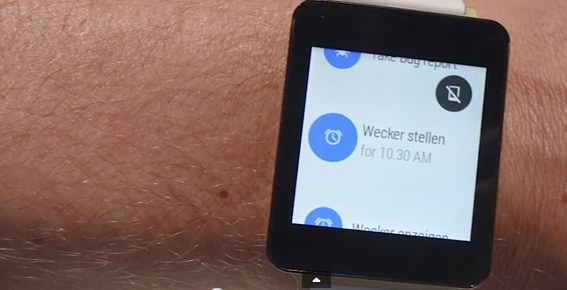 Despite Google announcing Android Wear a few months ago, we haven’t seen it run on a device, except for a few promo photo and video renderings, so what you’re about to see is pretty much the first video footage of Android Wear running on a device, more specifically an LG smartwatch that has yet to be released.

German website AppDated was able to get a hands on with Android Wear at a recent event, but since my German is a little rusty, I am having a hard time figuring out what’s being said in this video. Still you can see a few basic things happening on the watch’s screen, namely some watchfaces and a battery indicator. Nothing groundbreaking you might think.