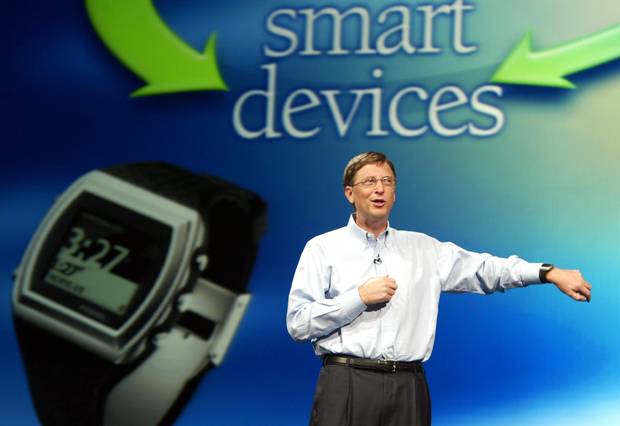 With all these talks about the rumored iWatch and the existing Galaxy Gear, we would have almost forgotten about Microsoft, but if a report from Forbes earlier today is correct, the tech giant might be working on a smartwatch with a launch date pegged for as soon as this summer.

Perhaps the most interesting part of the report is that the device will be platform agnostic, which means it would be able to sync with Windows Phone, as well as iOS and Android devices. This smart decision is apparently part of a push by new Microsoft CEO Satya Nadella, who recently said that the company’s devices should be available on all devices.

According to reporter Parmy Olson, the device will be able to constantly monitor your heart rate and will have a battery life of about two days. Apparently, Microsoft has pulled resources from the Kinect team to work on this new project.

Still, early indications suggest the smartwatch may already be a step ahead from current fitness trackers like the Gear Fit, which requires users to turn on its heart-rate monitor. Microsoft’s device will track continuous heart rate over the course of a person’s day, sources say. The watch will look similar to the Samsung Gear Fit and feature a full-color touch screen about the size of half a stick of gum, positioned on the inside of the wearer’s wrist. The unorthodox screen-placing appears to be aimed at making it easier and more private to view notifications.

Going cross platform is definitely a good move for Microsoft who’s has arguably been left behind in the mobile space. It’s virtually impossible for the Redmond company to catch up with the likes of Apple or Google, but it’s definitely not too late to make sure the next wave of smart devices will be able to play nice with your existing smartphone, no matter what platform it’s running on. This will allow Microsoft to stay relevant a tad longer. Hopefully.